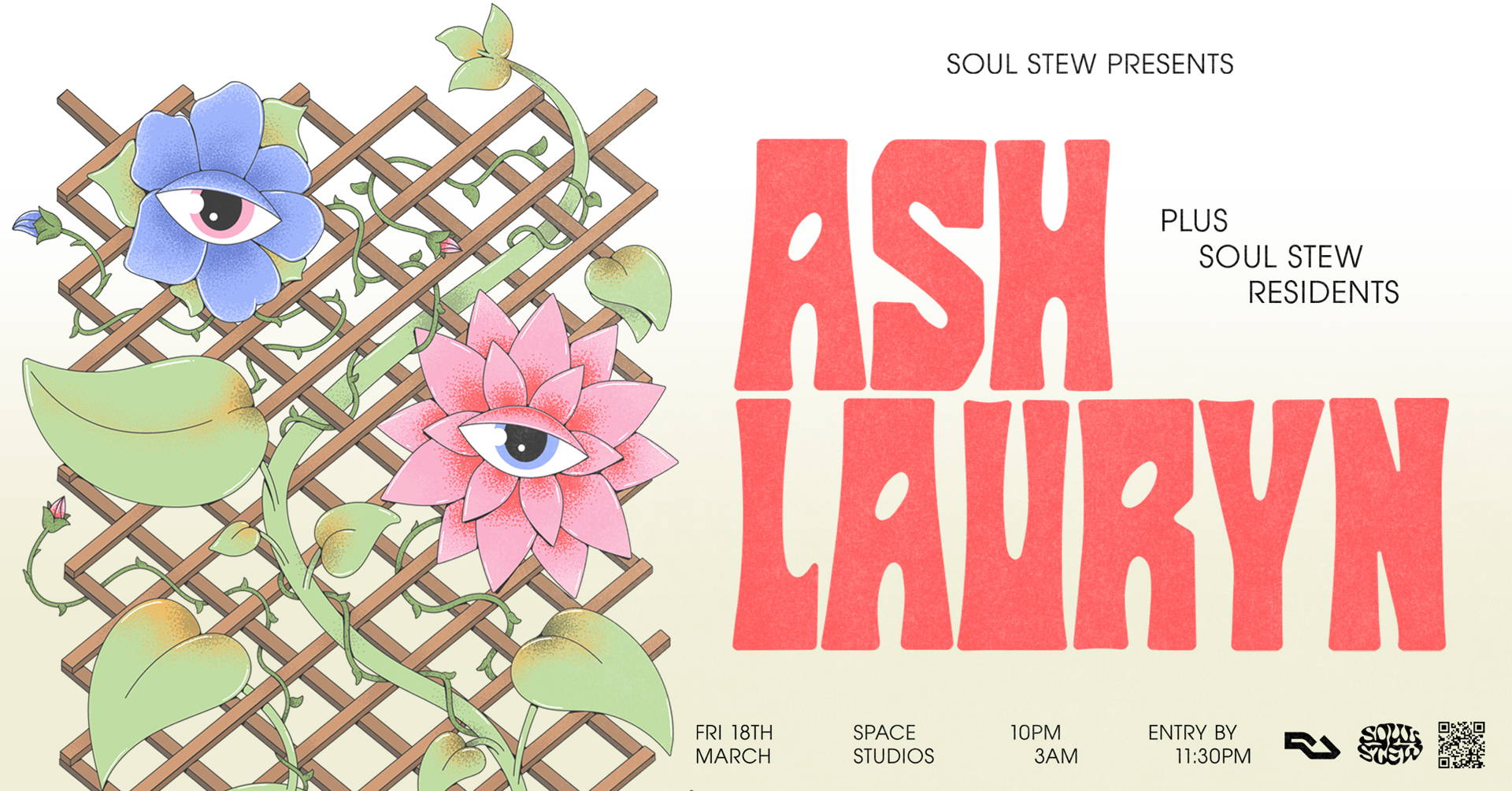 We're just as excited about this one as our in house Soul Stew resident, who finally announced their first booking of 2022, and its a banger.

"She's someone we've been trying to bring to Norwich for a while, but Covid came along and stopped the party"

Ash Lauryn is fast becoming one of the most exciting DJs hailing from the city which gave the world Techno. Her passion for dance music was born in her native Detroit, inspired by the many legendary artists playing within the city as well as being a frequenter of the world renowned Movements Festival. Her career behind the decks began in Atlanta having been inspired by Vicki Powell and NDATL head honcho Kai Alce, influenced by the vibrant house scene within the city.

Her selections have made her one of America's most in demand house music exports of recent years. She boasts an impressive cv which features an NTS residency and has graced the decks at prestigious institutions such as Berghains Panorama Bar, Tresor Berlin, Nowadays NYC, Dimensions Festival and Londons Printworks. She's also been featured on some impressive lineups alongside incredible artists such as Juan Atkins, Derrick Carter, Joe Claussell, Theo Parrish, Moodymann, Honey Dijon, Terrence Parker, Delano Smith, Rick Wilhite, and Larry Heard"

Her flair as a writer has seen her work featured in The Face magazine, Mixmag, Resident Advisor as well as a guest editor stint for Beatportal. It's also lead her to conduct interviews with icons such as Robert Hood, Waajeed and Cornelius Harris of Underground Resistance. Ash's blog, Underground and Black, is widely respected as she continually documents the underrepresentation of black people and in particular, black women, within the global house and techno scenes.

The combination of her talents has made her one of the brightest lights currently championing black dance music. Ash Lauryn is preserving the roots of dance music and simultaneously educating those unaware of its origins from black cultures. We can't wait to host Ash in Norwich in March, as she continues on her upwards trajectory on the global stage, we're sure it won't be long before it will be rare to see Ash within such an intimate setting"

Tickets now live over at resident advisor, this one's going to be special..